I made the mistake of squandering all of the money I earned in my 20s AND through my mid 30s.  I had some money in retirement accounts by the time I got married (for the first time), but it really wasn’t a lot.  It was at age 35 that my life and my financial life would change forever.  I had no kids and was traveling the world in my early 30s when I met a girl and she had kids (yes, plural).  When I realized that we would be settling down, it was obvious that we weren’t going to live in my 3 BR condo so all of the going out and wasting money had to stop immediately.   It meant I had to make enough money to take care of a family and save for our future and more immediately, a home where we could live (did I mention her mom was moving in as well?)

The minute I changed my mindset and actually had responsibilities, everything changed.  I looked at my crappy financial picture and said it’s time to start saving and getting rid of my debt.  It’s time to change my spending habits and focus on being able to take care of a lot of people and not just myself anymore.  At the time, I was living with a roommate knowing I had about 9 months to figure all of this out and how to finance a home that we could all live in and be happy.

Leading by example, I paid down as much of my debt as I could as fast as I could.  My web business was generating about $150,000 per year of which $100,000 was profit so I had some money to work with.  I stopped eating out, going to bars, spending on clothes and looked at ways to save.  I had a small condo with three rooms and one roommate.  I brought in another roommate to cut down on my mortgage expense.

The period we’re talking about was in 2009 right after the big real estate collapse.  On one hand, it was great because homes were going into foreclosure left and right.  On the other hand, getting a loan when you were self employed was literally impossible.  I was able to do two things over the next 9 months.  The stock market was in shambles so I invested some money into beaten down stocks like Bank of America (trading at $5 per share) and into some other stocks.  Through those investments I was able to generate $20,000 in profits.  From the profits of my business and reduced costs from my mortgage and spending, I was able to put away about $7,000 per month.  Over the next 9 months, I was able to save up approximately $70,000.

When the 9 months was up, I was astonished and super pissed off at myself for the first time.  I was able to save and put away that much money in 9 months? I was pretty blown away by my own accomplishment while simultaneously pissed off that I had saved nothing nor invested anything up until that point.  While I squandered my money in my 20s and 30s and saved close to nothing, here I was with a goal and a plan and a drive to reach that goal.  Unreal.  If I just had some goals earlier on, I would have been much farther along in my path to financial freedom.

My fiancee at the time and I were able to find a house in north county San Diego for $547,000.  The home was in foreclosure and many other homes just like it were selling at bottom dollar.  My timing was great at that time and my goal was to put down 20% to get rid of the PMI.  I also needed some money in an emergency fund in case of an emergency.  I did borrow some money from my parents to put down on the house and a few months later, we were in and I had a roof for everyone.  Here are some great things about that house:

KEEP YOUR ASSETS IF YOU CAN

The best part of the story?  If you have been paying attention, I owned a condominium in Orange County.  I could have just sold the condo and used that money to put down on the house.  The condo I had for 7 years had equity and was cashflow positive from the rent.  At that time, the housing market was as low as it could be, so while I would have been able to get some cash out of the condo, the value of the property was low.  My goal was to generate enough money to purchase a new home AND keep the asset I had generating money.  Was it hard?  Yes.  But at the end of the year, I reached my goal and I had purchased a home that was far below value in bankruptcy and another property generating some positive cashflow.

I moved into that house and got married and my wife and I had a baby boy.  It started out great. Into my late 30s, I started focusing on setting up retirement plans and worked on budgets so the family would be taken care of and we could travel and do fun things and still save money for retirement.  There was only one problem.  My wife didn’t believe in budgets or controlled spending or any of that saving stuff.  No matter how hard I approached the topic, she felt that any type of budget was some sort of “control” issue.  What was supposed to be the beginning of an amazing family dynamic became the most challenging time of my life.  We had an American Express credit card that had to paid off every month.  I stayed at my office late and tried to figure out how to pay off a credit card that was 3x or 4x as much as when I was living by myself.  To make matters worse, my wife lost her job and stayed home and shopped more.  It was not awesome.

Data released by financial firm TD Ameritrade found that 41% of divorced Gen Xers and 29% of Boomers say they ended their marriage due to disagreements about money.  This is where your financial journey can be the most affected.  When you decide that you want a life of financial freedom and you don’t want to work until you’re 65, you absolutely must have a partner who can work with you and not against you.  How can you save money when your partner is spending it and doesn’t have the same goal as you?  This is where the disagreements come in and fights and then stress.  Marriage wasn’t fun anymore.  I sat in my office day in and day out trying to think of ways to pay my bills and generate more income to save, but my wife kept spending more and more.  I started to have some mental breakdowns as I couldn’t keep up the monthly spending much less saving for anything.

I’m pretty sure you can all guess what happened next.  Bye Bye spending wife. 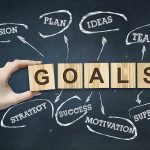 Step Eight - It's Time to Evaluate 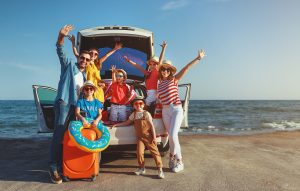 My Journey in my 20s 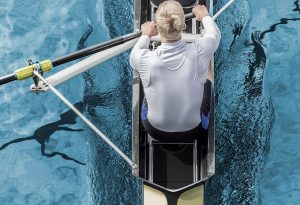 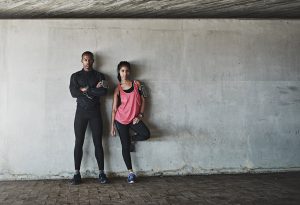